A couple of months ago, Campaign magazine featured frog-faced demagogue Nigel Farage on the front cover of their ‘Love & Hate’ issue. They used Charlie Clift’s portrait of the Brexit Party dictator, which shows the smirking scourge of ‘the elite’ in a pinstripe suit, sporting £200 cufflinks, drawing on a £20 Hoyo de Monterrey Epicure Especial Cigar. That Farage has managed to portray himself as a non-elite – fighting for “good, ordinary, decent folk” – is a unique ‘brand’ of deception in itself.

Unsurprisingly, the interview – a bonhomous exchange, which took place at Global Media & Entertainment’s headquarters shortly before Farage’s LBC radio show – received a torrent of negative reaction. So much so, that when the magazine’s holding pattern failed – which saw its social media account farting identical, pre-prepared tweets off into the ether – Campaign editor Claire Beale had to write a response addressing the social media backlash, where she affirmed that her magazine “does not tolerate racism, sexism or bigotry of any kind”. It said a lot about her choice of cover star that she had to denounce everything Farage stands for.

We are where we are because of coverage like this. A man who promoted a ‘Breaking Point’ poster during the EU referendum campaign, which was widely condemned as Nazi-style propaganda. A man who claimed that the country had voted to leave the EU “without a single bullet being fired” (a week after MP Jo Cox had been murdered on the street by a right-wing fanatic – stabbed 15 times and shot three times, twice in the head and once in the chest). A man who received a standing ovation when he slithered to the podium to address a German far-right rally. A man inextricably tied to dark money men and dangerous far-right figureheads. A man rewarded with his own magazine front cover, which portrayed such piss-boiling arrogance that you could furiously claw through his face and bore a hole through the entire issue in a matter of seconds.

All these years, Nigel Farage has been like a tweed-cloaked vampire emerging from a swirling mist to claw gently, not at our windows, but at our television screens, hopeful of an invitation into our homes. Of course, given his ubiquity, it’s been difficult to avoid him. Appearances on panel shows like Have I Got News For You turned him into a harmless cartoon character, a tobacco-infused anachronism seemingly content to absorb the comedic barbs of his co-panellists with a gravelly guffaw. He even had a cameo appearance on Ruddy Hell! It’s Harry and Paul.

If Farage had risen to prominence in the early 90s, I have no doubt that he would have been a returning guest on Noel’s House Party as Crinkley Bottom’s local racist. Every week he would walk on, wait patiently for the excitable applause to die down, then say: “Quite honestly, Noel, I find it baffling that…” – but before he could finish the line, Garry Bushell would trip and accidentally tip a bucket of gunge all over him, or Kriss Akabusi would open a door and knock him over the balcony, or he’d become distracted by Vicki Michelle adjusting her bosom, or he’d be painfully caught in the nuts by Mr Blobby’s golf club as he randomly tees off next to him. The audience would laugh and cheer at his weekly misfortune while simultaneously rooting for him to avoid calamity and complete his sentence.

In December 2014, Channel 4 screened Steph and Dom Meet Nigel Farage, which saw the posh couple from Gogglebox welcome the then UKIP leader (and newly crowned Times‘ Briton of the Year) into their home. Conspicuously side-stepping contentious issues such as immigration and the EU, they chose to question him about his life instead. He subsequently talked about overcoming testicular cancer at 21, walking away from a major traffic accident, and surviving a plane crash (a man who, quite literally, will not die). Unbelievably, the softer, human side of Nigel Farage portrayed in the programme had viewers warming to him by the time the credits rolled. Was that the aim?

Meanwhile, away from television, the BBC and the Telegraph were busy churning out features about his covert coat, a garment made famous by some of our most popular fictional conmen and admired by heavyweight fashion icons like Joey fucking Essex.

Following the 2016 EU referendum, it was even reported that Farage “wasn’t ruling out” appearing on Strictly Come Dancing, where, six years earlier, Anton Du Beke had dragged Anne Widdecombe around the stage as though publicly disrespecting the corpse of someone’s grandma. Of course, she’s now the Brexit Party MEP for South West England. Another fucking awful person humanised for light entertainment purposes. (Much like Sean Spicer, who recently shimmied down a neon staircase on Dancing With The Stars, almost as if his six months of lying to the American people during his tenure as White House Press Secretary – including hiding in some bushes to evade reporters’ questions – never happened.)

Five appearances in three years on ITV’s Loose Women allowed Farage to further cultivate his image as a game-for-a-laugh racist, much to the delight of a daytime audience of retirees, stay-at-home parents, and the unemployed. In fact, during an appearance on the show last year, as the divisiveness of Brexit continued to tear the country apart, Kelly Brook – chummily referring to Farage as “Nige” – felt it was the perfect time to blow a raspberry on his belly. WHAT A GIGGLE! It was our very own gut-wrenching version of Jimmy Fallon ruffling Donald Trump’s hair when he was a presidential nominee in 2016. Fallon later told the New York Times that he regretted humanising Trump with the hair stunt, claiming that he did it to minimise him. But of course, it was great for the ratings!

Nigel Farage isn’t an enigma; we all know what he stands for. So why has he been granted so many light entertainment TV opportunities to promote himself and his toxic ‘brand’ of national populism? Why was he given the oxygen of publicity above and beyond a standard news interview? You don’t see Caroline Lucas making a cameo appearance in Benidorm, or Jo Swinson on Celebrity Catchphrase, excitably shouting: “SPLASH THE CASH!! DICK COINS?? SPEND A PENNY?!”

If the media had left Nigel Farage to sink into obscurity like UKIP’s umpteen other leaders – whose names genuinely escape me – maybe we wouldn’t be here.

Boris Johnson is a similar case, with several appearances on Have I Got News For You between 1998 and 2006. His very first show was memorable for Ian Hislop questioning him about the ‘Guppygate’  scandal, a secretly recorded phone conversation from 1990 in which Johnson’s Old Etonian chum Darius Guppy sought the address of a journalist that he wanted to have beaten up. (The journalist had been looking into Guppy’s role in the staging of a fake £1.8m jewellery heist, for which he was later jailed.) After spluttering through the murky details of the plot in response to Hislop’s probing (skirting around the fact that he fully intended to oblige his old friend) he conceded that he’d “walked straight into a massive elephant trap”, which prompted huge laughter and applause from the audience.

You might think that conspiring to have a journalist assaulted would be something of a dark and disqualifying affair, but the straw-haired twat was subsequently booked for six more appearances on the show – four times as guest host.

Ian Hislop has since said that Johnson’s general uselessness and incompetent, bumbling nature “was the joke” on HIGNFY – but the Guppygate scandal showed us that Boris Johnson is every bit the “nasty piece of work” that Eddie Mair once told him he was. And that same nasty piece of work is now Prime Minister, who was recently endorsed by serial inmate Tommy Robinson – the far-right poster boy for the kind of pissed-up activists that barracked and abused Louise Rowntree and Shami Chakrabarti as they left the Supreme Court the other day; a frenzy of ‘Back Boris – Back Britain’ placards, barely disguised Nazi salutes, and Islamophobia.

Nigel Farage and Boris Johnson are why we have people like ‘Gallows Man‘ lurking around the Supreme Court. They’re the reason members of Britain First have started conducting “patriot migrant patrols” on the beaches of Dover as part of their pretentiously-titled ‘Operation White Cliffs’. They’re the reason the police are using an ‘Online Hate Speech Dashboard’ to monitor Twitter to predict spikes in hate crimes. They’re the reason that we’re not people anymore – we’re Leavers and Remainers.

I won’t bother closing with Granny Lyons’ oft-quoted line from Years and Years (“beware those men, the jokers and the tricksters and the clowns; they will laugh us into hell”) because the clowns are already destroying us. We let it happen. We watched it happen. And we were certainly entertained along the way, weren’t we?

One thought on “A tweed-cloaked vampire” 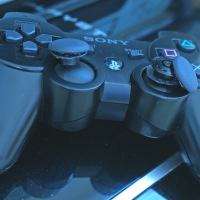 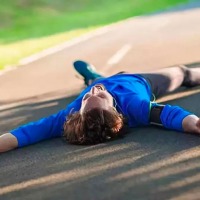 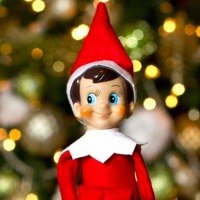 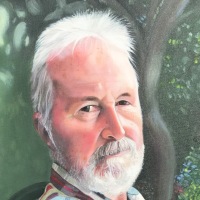 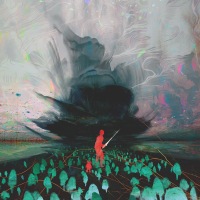 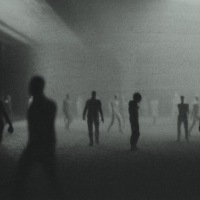 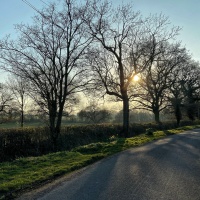 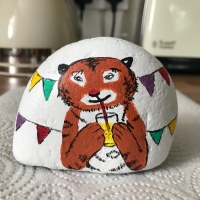 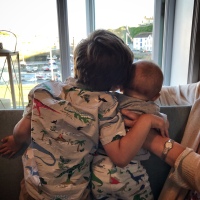 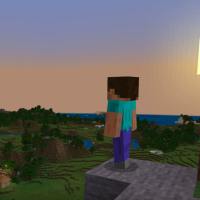